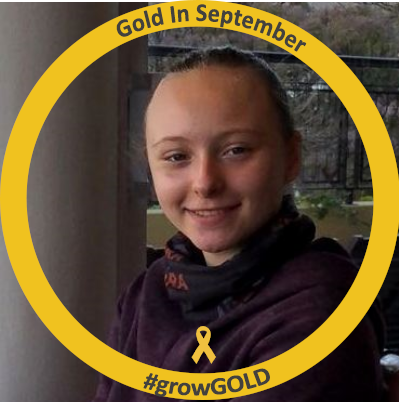 September is not just Spring in South Africa, but also the month in which we swim KZN Junior Champs and support Gold in September.

Gold in September (G9) is a Wisconsin based non-profit organization. They raise funds to support researchers in their quest to find a cure for childhood cancer.

Let’s take a look at how the idea grew since we first used a Twibbon frame on Facebook in 2016.  We start with our current plan, working back to the 2015-2016 season. 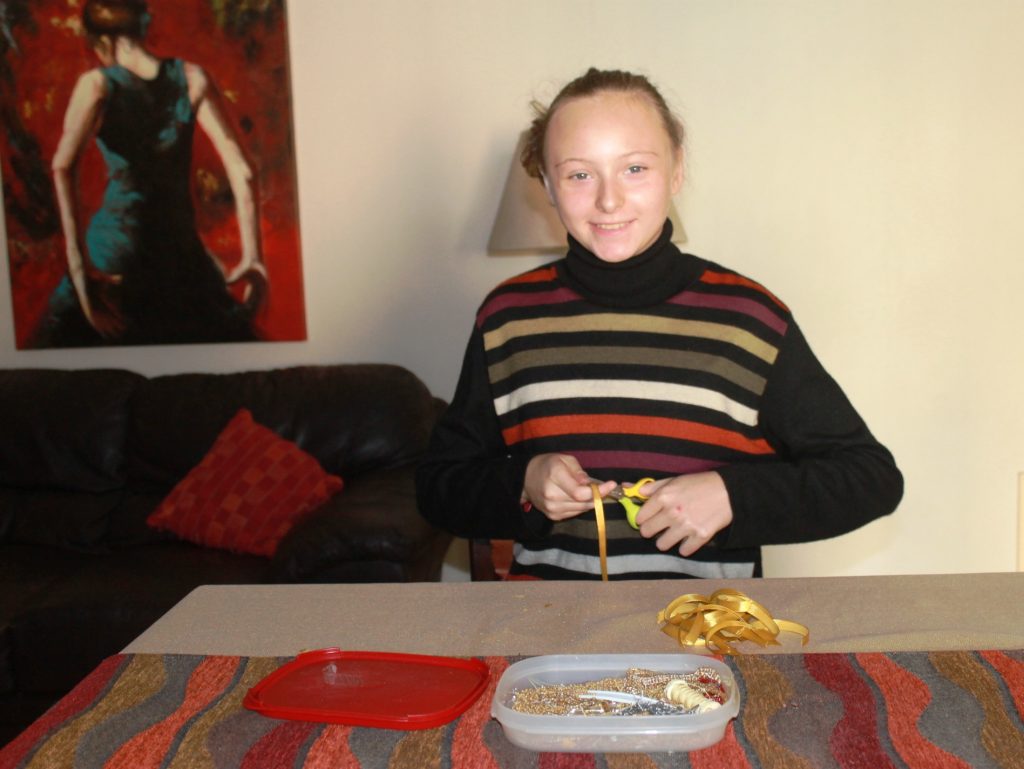 Growing Gold in September for childhood cancer in 2018.

This year, we decided that we want to step up our effort and include some fundraising.  There is, however, a challenge.

Last year our supporters offered to donate some money for the ribbons.  Let’s do some maths:

Time to put on our thinking caps.  The best way around this math problem would be to find someone in the United States to raise funds.  This way, USD stays USD and we do not have to account for the exchange rate and bank charges.

Our search starts online.  The only swimmers we know in the United States that are the same Age as Monica is the Negrin Family. Paula is also 11 and her brother Axel, is 9. We contact them and explain our predicament.

Without hesitation, the family agrees to help and we introduce Paula and Axel’s mom, Monica Gomez, to the Gold in September team.  The best way to raise funds and create awareness in a fun way is for Paula and Axel to host Penny Wars at their schools.  Our plan is to host the penny wars when Monica swims KZN Junior Champs, scheduled for 21-23 September.

Raising funds this way will maximize our effort and we will reach more school-going learners.  Therefore, increased awareness and more support for the G9 project. We are very excited about our plan for this year.

To explain and support our effort, we get to work and produce this short video.


Suprise from G9 in August!

Mica is all set to swim for G9 from 21-23 August and she is very committed to her training to make the most of the swim meet. However, Gold in September has a little surprise for us which adds a cherry on the top with our effort.

In August, Gold in September contacts us with their surprise.   Monica becomes an Everyday Hero and receives a dedicated page from G9 to host her own fundraiser.  We kindly ask everybody that have spare change in their cars’ consoles, some pennies lying in a jar or around the house to donate to this worthy cause.  Every dollar makes a difference.

Don’t you just love it when a plan comes together?  We are so grateful for this opportunity.  To grow our project in South Africa from a humble branded Facebook profile to hosting a fundraiser!  All that in 3 years’ time! 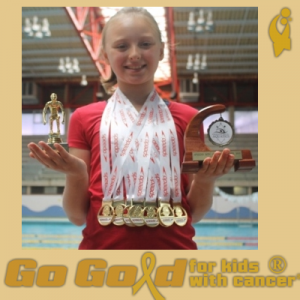 This is the first season that we make and hand out Gold ribbons.  Monica is now 9-year-old.  The full story: Growing Gold in September 2016.

Our first year supporting Gold in September.  We learn about the project on Facebook.  Gold in September invites the public to change their profile picture to show support for the project.  Monica pledges her races to childhood cancer awareness.  She is 8-years-old.

We use cookies on our website to give you the most relevant experience by remembering your preferences and repeat visits. By clicking “Accept All”, you consent to the use of ALL the cookies. However, you may visit "Cookie Settings" to provide a controlled consent.
Cookie SettingsAccept All
Manage consent

This website uses cookies to improve your experience while you navigate through the website. Out of these, the cookies that are categorized as necessary are stored on your browser as they are essential for the working of basic functionalities of the website. We also use third-party cookies that help us analyze and understand how you use this website. These cookies will be stored in your browser only with your consent. You also have the option to opt-out of these cookies. But opting out of some of these cookies may affect your browsing experience.
Necessary Always Enabled
Necessary cookies are absolutely essential for the website to function properly. This category only includes cookies that ensures basic functionalities and security features of the website. These cookies do not store any personal information.
Non-necessary
Any cookies that may not be particularly necessary for the website to function and is used specifically to collect user personal data via analytics, ads, other embedded contents are termed as non-necessary cookies. It is mandatory to procure user consent prior to running these cookies on your website.
SAVE & ACCEPT